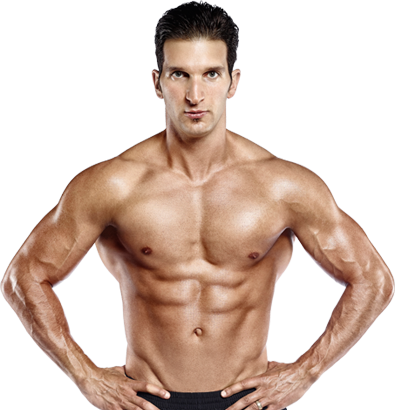 Meet Vince Del Monte, the only fitness authority who has been coined The Skinny Guy Savior. He earned this name by dedicating his life to transforming the lives of skinny, scrawny and wimpy men with the most direct and efficient ways to build life-changing muscle without any of the nonsense or foolishness you find floating around in cyberspace.

Vince may have one of the most popular “skinny to muscular” weight-gain transformation stories out there. He was the poster boy of the I-can’t-gain-weight-or-get-the-girl story and became known as “Skinny Vinny.” He went through his high school days as a lanky 140-pound pushover at 6 feet tall. The nickname didn’t die; it stuck with him all through university.

As a former competitive long distance runner and national level triathlete, Vince used his success in endurance sports to survive the embarrassment and insecurity he suffered from being too skinny. He formed an identity for himself as one of those lean, mean, running machines.

Vince studied Kinesiology (a fancy term for exercise science) and received an Honors Kinesiology degree from the University of Western Ontario in London.

Knowing the importance of having a coach and mentor from more than a decade of competitive endurance sport, Vince found a mentor (at his church of all places in Guelph, Ontario) who was an Ontario Masters-level bodybuilding champion and lifetime drug-free athlete. This man was shredded to the bone, dripped with confidence and prescribed muscle-building advice that was very different than all the popular magazines and websites were teaching.

The first piece of advice his mentor gave him was to burn all of his fitness magazines and stop wasting money on supplements to gain weight. Vince’s life started to change. In exactly 24 weeks Vince gained more than 40 pounds of drug-free muscle, and he did it without any bogus supplements, in less time and with the worst muscle-building genetics. After that, his personal training business started to boom.

A few years later Vince discovered he could help more skinny guys using the power of the Internet so he authored his first e-book, “No-Nonsense Muscle Building: Skinny Guy Secrets To Insane Muscle Gain”, which teaches the same methods he followed to gain his first 40 pounds of life-changing muscle. To date, the e-book has sold more than 80,000 copies in more than 120 different countries. It’s also this same system that helped him meet the girl of his dreams -- who he calls his B.M.W. – Beautiful Marvelous Wife -- and together they have a beautiful baby girl. 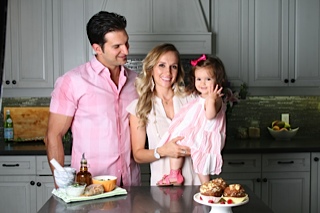 Vince continues his mission to help one million men crush their “muscle unfriendly genetics” by evolving his knowledge and seeking out the world’s top authorities on performance, nutrition, exercise physiology and biomechanics -- the study of human movement.

Not only has Vince helped educate and empower tens of thousands of men to advance their muscle-building gains through his no-nonsense and science-based approach, but he’s used his own strategies to become a WBFF Pro Fitness model and compete against many of the most ripped physiques in the business. He enjoys the natural bodybuilding and fitness lifestyle, and continues to practice what he preaches to challenge himself and inspire his readers. 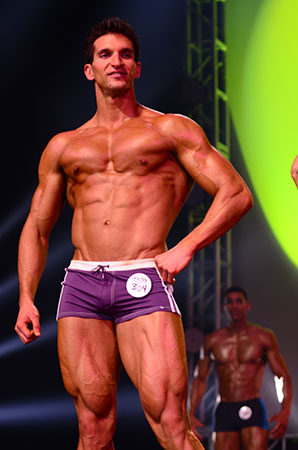 Over the past few years of working with the best coaches, therapists and doctors in the business, Vince began experimenting with brand new advanced techniques based on the latest muscle-building research, which led to the creation of the Beta Version workouts of No Nonsense Muscle Building 2.0.

Before releasing the official program he wanted to test the brand new advanced techniques on regular guys so sought out a test group from his readers. More than 63 volunteered to try out the program and here are the results of the top 19 success stories after exactly 18 short weeks:

Vince was not planning to release the Beta-Version workouts (ever) but after these inspiring before and after pictures were seen, his readers asked him, “How can I get my hands on these same workouts!?”

So Vince decided to share them with the world.

Here’s What The Beta Version Workouts of
No Nonsense Muscle Building 2.0 Includes…

Yes, I want a killer body

A personal note from Vince to you:

"My hope is that you use your new muscle for more than just vanity but that you use it as a tool and platform to serve and inspire others that aspire to achieve what you’re about to do.

As Seen & Taught In…